I made an animation for the spiritual coach Arjen Slijp. Arjen has developed a method called “De Innerlijke Bevrijding”, which means “Inner Liberation”. He has described this method in his book. In addition, he regularly makes videos in which he tells about his method. He can use this animation as an opening for his YouTube videos.

The video is inspired by the front of his book. On the front you see a bird flying out of a cage. In addition, you can see a number of birds fly around freely. The video continues where the front of the book has remained. The bird flies out of the bird cage. The cage moves back and forth through the power of flying away. The liberated bird flies from left to right and then again from right to left. Then his buddies fly along. Together they turn around and reveal the “De Innerlijke Bevrijding”. The escaped bird is happy and lands on the text. He then sings a short song of joy. His buddies who helped him fly away. 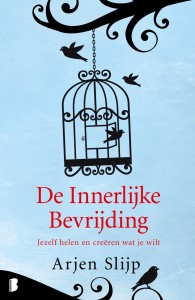